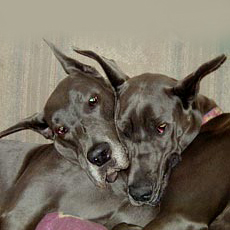 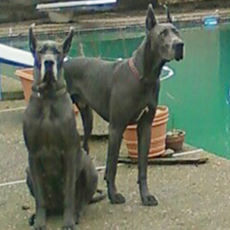 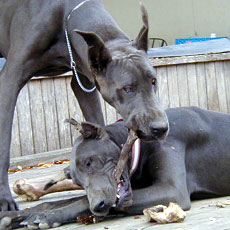 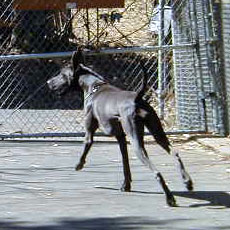 Coleridge Blue Great Danes is a multi-breeder collaborative that began in California during the 1960’s by Katherine Elies. It has been carried forward through the years, first by Pat Gutner, then by Priscilla Chabal. In 2014, Cindy Casper joined the breeding program with Priscilla,  and the two ladies are carrying on with the Coleridge legacy today. Coleridge Blue Great Danes is currently based in Georgia.

Coleridge was founded in California in the early 1960’s by Katherine Elies. Through a fortunate set of circumstances, Pat met Katherine and purchased her first blue Great Dane in the late 1960’s. As she had frequently said,  “When she saw my first Blue it was a revelation, I hadn’t even known that they came in that color – it was INSTANT love not only for the color, but for the breed. The rest, as they say, is HISTORY! Katherine and I had been told that you couldn’t breed pure-color bred Blue lines and consistently produce quality – We said, watch us! We were both dedicated to the concept of breeding quality blues who were also typey representatives of the breed as well as sound in body and temperament.”

Katherine and Pat worked closely with each other until Katherine’s death, at which time Pat continued by herself under the Coleridge prefix. Throughout the years it had always been her ethic that when breeding, she search out the very best combinations available, ones that are complimentary to each other, demand the best, NEVER settle for lesser quality in health, looks, brains or temperament. Consequently, she combined my own bloodlines with the very best in blues throughout the United States. Pat conscientiously bred only from OFA good (or better) hips from the beginning, has C.E.R.F.d eyes and OFA for Elbows, Ultrasound check on Heart, Thyroid & VWD testing – “I believe that you must continue to check even when you aren’t finding problems.” Consequently, after 30+ years, Coleridge enjoys the enviable position of having healthy, pure color bred dogs that live to ripe old age (average for my line is 11-13 years) – Dogs that excel in both the breed and obedience rings as well as being sound, happy companions.

The name COLERIDGE is now synonymous with quality Blue Great Danes and recognized by its offspring throughout the world, notably in Brazil, Mexico, Finland, Denmark and Sweden as well as across the United States. While not breeding frequently (an average of only 1 litter per year) but selectively, Pat saw her puppies consistently winning and earning titles in the breed ring, the obedience ring and, in agility as well. It has frequently been remarked upon by knowledgeable Dane experts that Coleridge pedigrees read like a Who’s Who in Top Blue Danes and Blue Dane lines. Pat’s stubbornness and efforts paid off over the years and Coleridge is now recognized as a source of some of the very BEST in blue Great Danes.

On April 16, 2011, Pat Gurtner passed peacefully. She entrusted Priscilla Chabal with the Coleridge line. “I will continue her hopes and plans, as well as maintain the integrity she demanded. I learned so much from her regarding pedigrees, health and Dane history.” Pat had bred from 1968 until her death. She endearingly called Priscilla “The #1 Dog Nanny” and even bought her a license plate holder saying it. “I will miss her always. And I feel she is always with me and will continue to do as she taught me. I only hope to rise to her expectations.RIP Pat … your legacy goes on.” 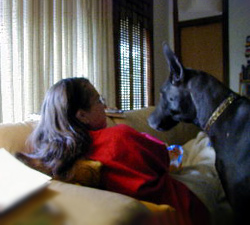 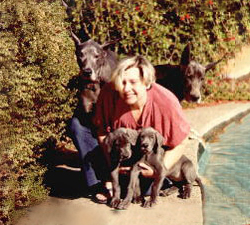 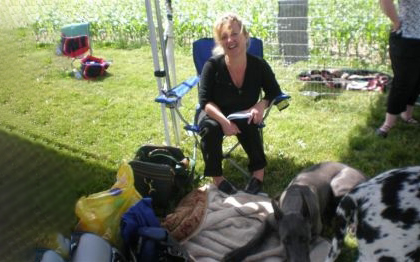 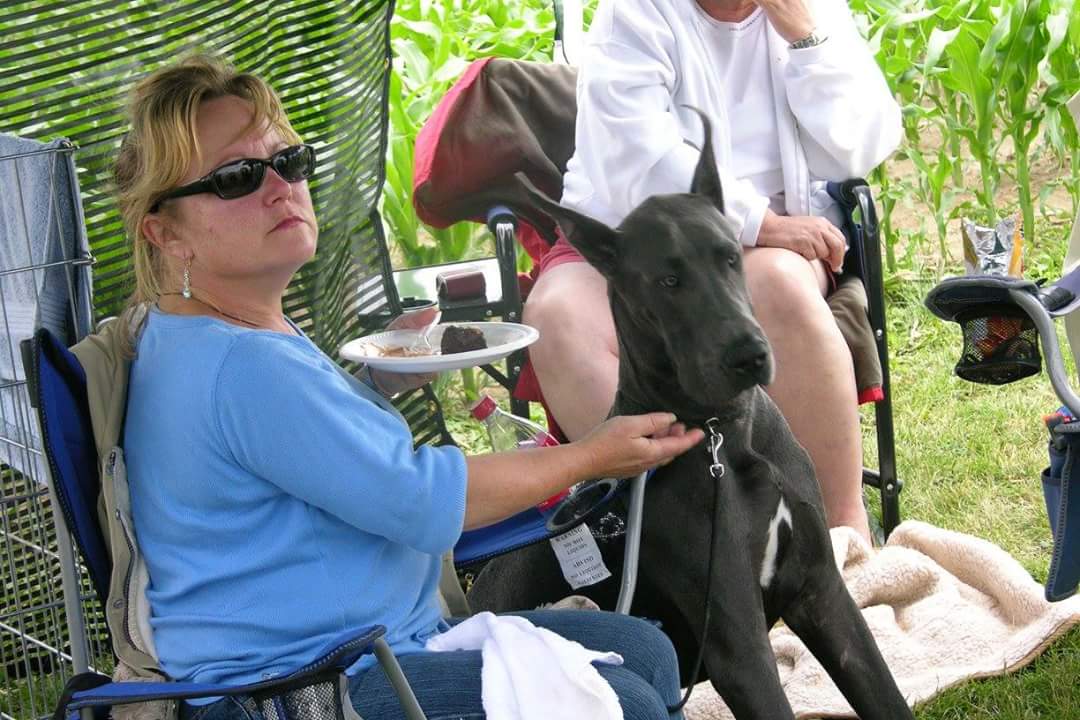 Affectionately called The #1 Dog Nanny by Pat, Priscilla joined Coleridge in the late 90s. She and Pat first met in the early 80s when Priscilla joined the NorCal dane community with a harl bitch from Chaufeured. Having lived in San Francisco for about 20 years, Priscilla retired early and worked for the SPCA, rescue, and developed an extremely successful pet business throughout the 1990s in Pacific Heights.

Along with continuing the Robtell Yorkshire Terrier line, Priscilla is an integral part of the Coleridge Family, facilitating all hands-on aspects. Never without a dog in attendance, she teaches the Coleridge dogs early on every part of living an everyday life. You can always expect that one of ours will love to accompany you anywhere you go and with anything you do.

Sports fans will enjoy the fact that Coleridge dogs will either ignore you or join you in LOUDLY cheering for your favorite teams…or jeering their hated rivals! She insures that our dogs will be aclimated to tiny, small, and extra large dogs as well as cats, birds and fish. WARNING: They may also have some bizarre food cravings. Many puppy buyers are delighted that Grandma Priscilla always has a place on her bed for the furkids whose parents need to get away. 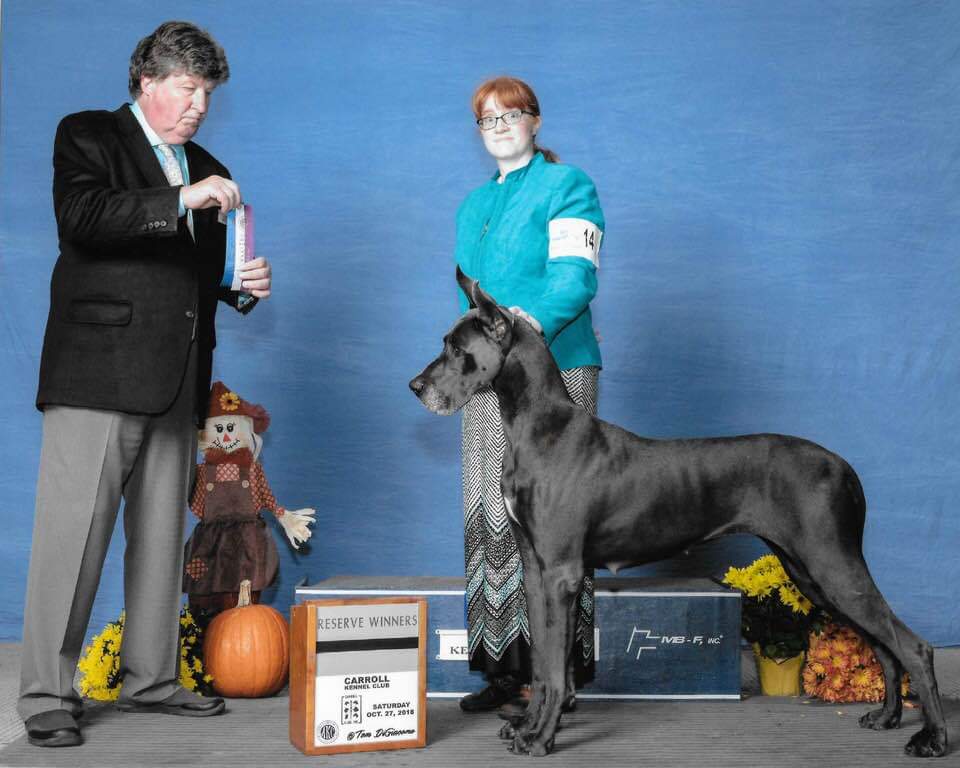 In 2014, Priscilla invited Cindy Casper to join the Coleridge family as a co-owner/co-breeder. Cindy is a longtime licensed veterinary technician in Emergency & referral veterinary services. She lives with her family in Virginia Beach. 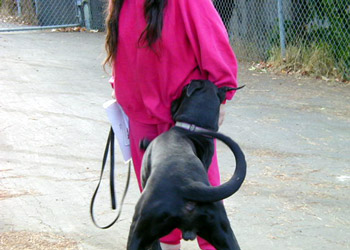